The Trouble With Tariffs

There has been a lot of news about tariffs over the past year, but let’s take a look at the mechanics of them and how they may affect you, the consumer. 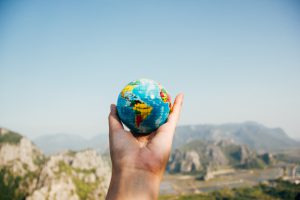 Tariffs are a type of tax applied to imports into a country by that country.  For example, the U.S. has implemented a 25% tariff on certain Chinese goods coming into the United States.  These duties are paid at the port of entry into the United States and the goods cannot pass through these ports of entry until they are paid.  The value of a tariff is based on the price of the item it covers.  If there is a 25% tariff on a dishwasher, and that dishwasher costs $500, the total amount of the tariff would be $125.  In the United States, this amount is transferred to the U.S. Treasury for the government to use as they see fit.

Despite the focus on today’s tariffs, the U.S. has been imposing tariffs on various imported goods for over 200 years.  In fact, tariff income was the main source of our Federal Government’s revenue in the early years, with the average tariff being around 15%.  While this is no longer the case, in 2010 alone, tariff revenue was over $25 billion (Tariffs in United States History, 2019), but with the average tariff dropping to only 1.3%.

Why would a country do this? The main reason is to make domestic producers of the goods more competitive.  Due to the differing wage levels, environmental policies, and local demand, an item may be much cheaper to make in one country than another.  From a business standpoint, it would make much more sense to produce the item in the cheaper country and then export to the more expensive country.

Tariffs are just one barrier to trade that can be imposed.  The type of tariff that the U.S. has been imposing is called an “Ad valorem” tariff.  This means that the tariff is a percentage of a product’s value.  Another type of tariff is a straight tariff, where a static dollar amount is charged per item.  Other non-tariff barriers to trade include licenses, where the government makes a foreign entity gain a license to gain access to a market; Import Quotas, where a government limits the amount of a product that can be imported; and Local Content, where a government can restrict just how much of a product can be made outside of the country.  All of these types of barriers to entry cause disruptions to trade and are imposed to gain an advantage.

You may have guessed by now how tariffs affect the end consumer (you and me). 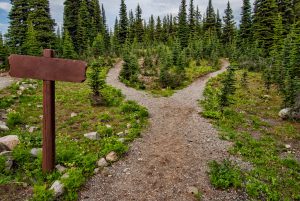 Since importers in the United States have to pay tariffs on their goods when they enter the United States (for example), they have two choices, eat the increased cost of importing or pass that cost on to the consumer.  The latter usually happens.  This means that the $500 dishwasher in a prior example, after the tariff, now costs $625.  The cost to the consumer is now $125 higher than it was before the entire cost is passed on.

Before I said that tariffs are a tool, which is correct and it’s their main purpose.  However, they can also be used as a negotiation tool, or even a weapon, if one country is looking to force another country to do something or if the country doesn’t believe the other country is competing fairly.  This is currently happening around the world as President Trump has implemented tariffs of varying amounts on the EU, Mexico/Canada, and China.  Some of these have been removed due to deals being made, but some are still in place, such as the tariffs on almost all Chinese goods.  The President believes the U.S. is being unfairly taken advantage of by current trade deals with the EU and Canada/Mexico and by the practices of Chinese firms.  The near-term result of tariffs like these are negligible especially if the economy of the country imposing them is in better shape than the economies of the countries where the tariffs are being imposed.  There is concern, however, that the longer these tariffs are in place, the more they will affect consumers of the United States in terms of higher product prices and possibly higher inflation.

Interested in learning more about our investment services for individuals? Click the link below to learn more!

Learn More About Our Investment Services For Individuals