Plan Sponsors, Here’s What Happens When You Assume 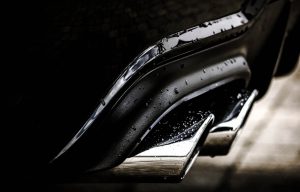 Assumptions can be good.  For example, I like to assume that every driver on the road is going to do something that’s completely bonkers, especially if their rear bumper is plastered with stickers, or they have a terrifyingly loud aftermarket exhaust resonator that looks like an empty Chock Full o’ Nuts can.  This perspective has saved me from more than a few close calls.

Assumptions can also be questionable.  Like assuming that the kids can tell when the trash cans in their rooms need to be emptied.  Or that the potato salad was recently refrigerated.  Or that your sons Boy Scout troop that you help lead actually packed the camp stove.  Ask me how I know.

Assumptions can even be downright bad in perilous life-or-death situations, such as when it comes to finding water in the wilderness, or when running a qualified retirement plan is involved.  Here are a couple that pertain to the latter.

Don’t assume you can run your plan based on what it says in your employee handbook.  Don’t get me wrong – your employee handbook is probably very good.  The problem is that it was likely not written by the same folks who drafted your retirement plan document, and it also probably does not get into some of the necessary details.

What do I mean?

One situation we’ve seen is where an employer’s handbook said to cut off all benefits at employment termination.  Payroll interpreted that to say 401(k) should not be withheld and match should not be awarded on unused vacation pay for a terminated employee.  Unfortunately, the plan document was not consulted – and in this case the plan didn’t distinguish between regular W-2 compensation and unused vacation pay for this purpose.  As a result, a corrective contribution had to be made for the terminated individual. 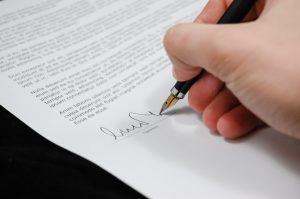 Another instance I’ve seen is where the benefit eligibility section is worded in terms of the way the employer’s health and welfare benefits program operates, and the reader assumes this means ALL benefits.  Or it says that part-time employees do not qualify for benefits, which can put you into some very treacherous territory as we’ll detail below.

Bottom line, if you want to make sure you are operating your retirement plan properly, you should be going to your plan document, and not your employee handbook or policy manual – although those resources should certainly be synced up with the plan document for consistency.

And on a related point…

Don’t assume that part-time employees are not covered by your plan.  Here is a pitfall that I’ve unfortunately seen with some frequency in my over two decades of plan administration.  I once had several employees with hire dates from many years ago show up on an annual census report for the first time ever.  When I asked if they were rehires, I was told no, they are part-timers who “don’t qualify for the plan” – the employer just happened to add them to the file this year.  Here we were not even talking about an employee manual; this was just a straight-up assumption that seemed to make sense at the time.  The plan did exclude anyone who worked under 1,000 hours.

The problem was that several of these employees actually had worked 1,000 hours in the past (an average of just 20 hours a week works out to over 1,000 hours annually).  And the IRS says that you must generally cover these folks, and that part-timers can’t be excluded from the plan as a class.  So this plan sponsor was also headed for making corrective contributions.  Fortunately, the pays involved were not large and the dollar amount was manageable.  But it could have been a lot worse.

How can a plan sponsor avoid this mistake?  First of all, make sure whatever data feed you give your TPA includes all of your employees.  And secondly, make sure you understand your eligibility provisions so you don’t find out that you have to reinstate someone in to the plan retroactively.  A the very least, it will be a hassle.  At most, there could be a significant financial impact on the employer.