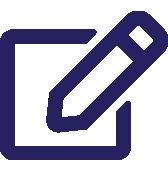 We’ll be discussing a basic overview of the regulations and introduce a baseline for addressing compliance in several key areas of fiduciary oversight over the next few weeks.  This is by no means exhaustive and is not tailored to your specific needs.  It does not constitute a legal opinion, nor is it a substitute for personalized advice.  We recommend you seek the advice of a qualified professional.

Whether you are a fiduciary is determined by what you do, and not necessarily who you are.  According to Section 3(21) of ERISA, anyone who has discretionary control over managing a plan or its assets or over its administration is considered a fiduciary.  Anyone who provides investment advice to the plan for a fee is also a fiduciary.

There are two general categories of fiduciaries.  One is your plan’s “Named 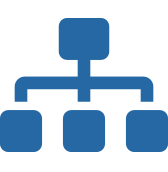 Fiduciary.”  The law requires that a fiduciary be named in the plan (or through a process described in the plan).  This is the individual or entity (e.g., a retirement plan committee) that has control over the operations of the plan.  Thus, your plan will typically have a number of fiduciaries in addition to the Named Fiduciary, such as the plan’s trustee, investment advisor, administrative committee, and anyone who selects these individuals, as well as anyone else who may fall under the definition because of his or her level of control.  A plan sponsor is always a fiduciary.

It is important to know that you may be a fiduciary by definition, even if you are not formally named in the plan document or board resolution.  For example, the definition of a fiduciary would naturally include anyone who chooses and monitors a plan’s investments, whether or not that person or entity is named as a fiduciary in the plan’s documents.  If there is an informal committee choosing the plan’s investments or ratifying a broker’s recommendations, that committee has fiduciary responsibility, even if they are not named in any of the plan documents or contracts.

Accounts, actuaries, third party administrators (TPAs), and attorneys typically are not fiduciaries, because they lack any discretionary control over the plan.

Questions about whether you fit into the definition of a fiduciary? Talk to our experts today!